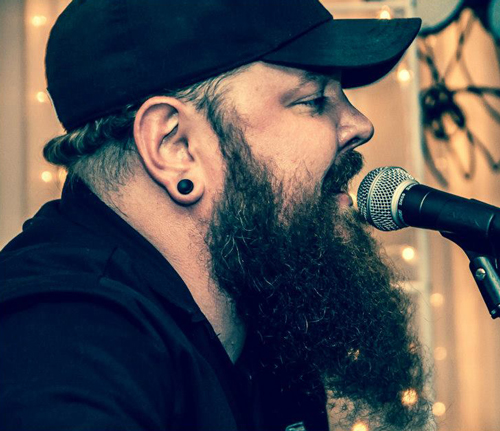 Zeb began his musical career at the tender age of 8. Throughout high school, Zeb played the saxophone, but was turned on to guitar at age 13 after watching MTV. For Zeb, guitar was where it was at, and much cooler than the saxophone.

Zeb, along with some high school friends, formed a metal band and played throughout the St. Paul / Minneapolis area. Through his performance, Zeb was able to work with other talented musicians and break away from the metal scene. While exploring new music ventures, Zeb somehow lost a connection with his true passion for music. So Zeb set out to search for what he calls true music, music that is felt from the inside.

At last Zeb found Jim, and ultimately the rawness of music. He found that acoustic music was a style that carries on the full trueness of music. A style so raw and from the heart, that it does not compare to typical radio productions. When you hear a Chimney Fish performance you understand that every song comes from the heart, and that the music means the most to them than anything in the world. They want to convey the importance of music, in any sort of context, while playing what their fans want to hear. They want to ensure that their fans have an equally defiant experience as the band does.

Zeb is currently teaching little munchkin's the ropes to what he does, and it makes him happy when a student out performs him. His final thought in this is, that he is what he is, and Jim is what he is, and if they are giving you what you want, then job well done. So Rock On! 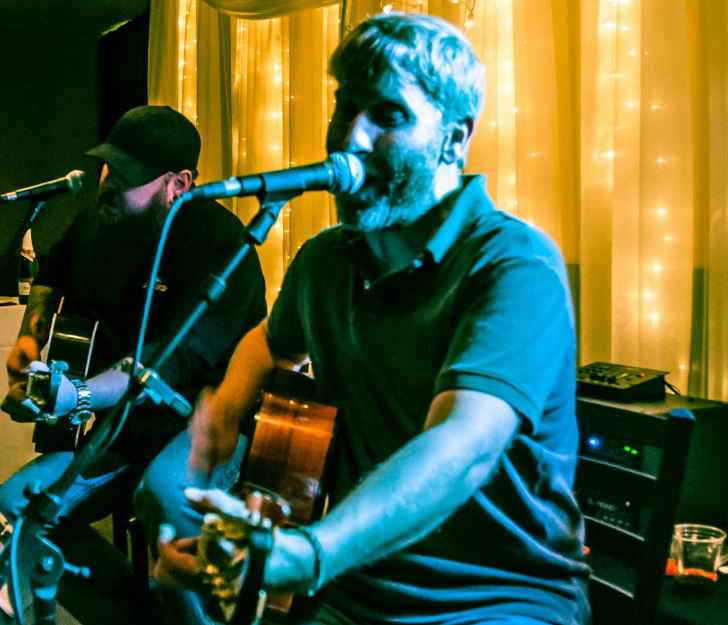 Jim started playing music at an early age. He picked up the bass when he was 15 and by his senior year of high school he was playing in a garage band with a few of his high school friends called Current Justice, named after a comic strip Jim was putting together. Unfortunately the comic strip never left his notebook...like many other things.

Soon after high school Jim continued playing bass for a band called Ulterior Motives. They had ONE gig at a battle of the bands, which was not judged, but they could tell by the response of the crowd that they had won.

After that 15 minutes of fame, Jim wanted more. He quit the band and started to teach himself how to play guitar. Since he sucked at playing guitar he had a hard time playing cover songs. So he started to write his own songs. He developed a unique style of playing that Jim prefers to call "Slap Acoustic," which is combining slap bass technique on an acoustic guitar.

After several years of hiding under a rock and polishing his slap acoustic style, Jim started to play solo shows and started recording his original music. He soon met up with Ryan Nelson and formed an acoustic duo called "No Sympathy"

No Sympathy acoustically rocked the music scene playing shows in western Wisconsin, Minnesota, and Nashville. After two years of playing in No Sympathy the band split up and Jim was once again on his own, playing shows with his original music.

On his solo journey, Jim met a cat by the name of Zeb Sears. They had one jam session and then Zeb moved to Wyoming. . . and seven years later. . . Zeb moved back. They were reunited at Shooter's Pub during open jam. After many open jam sessions, they decided it was time for Chimney Fish.